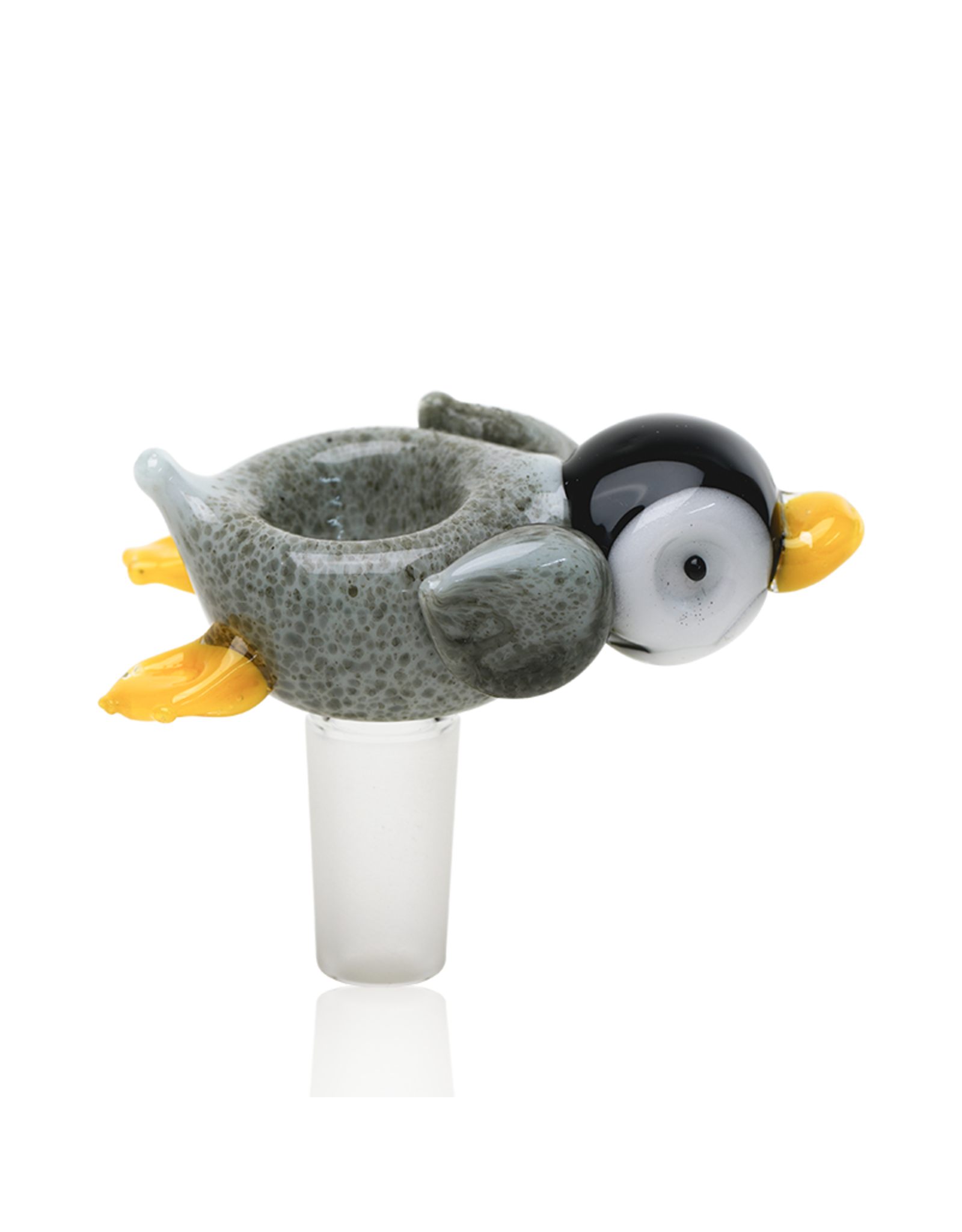 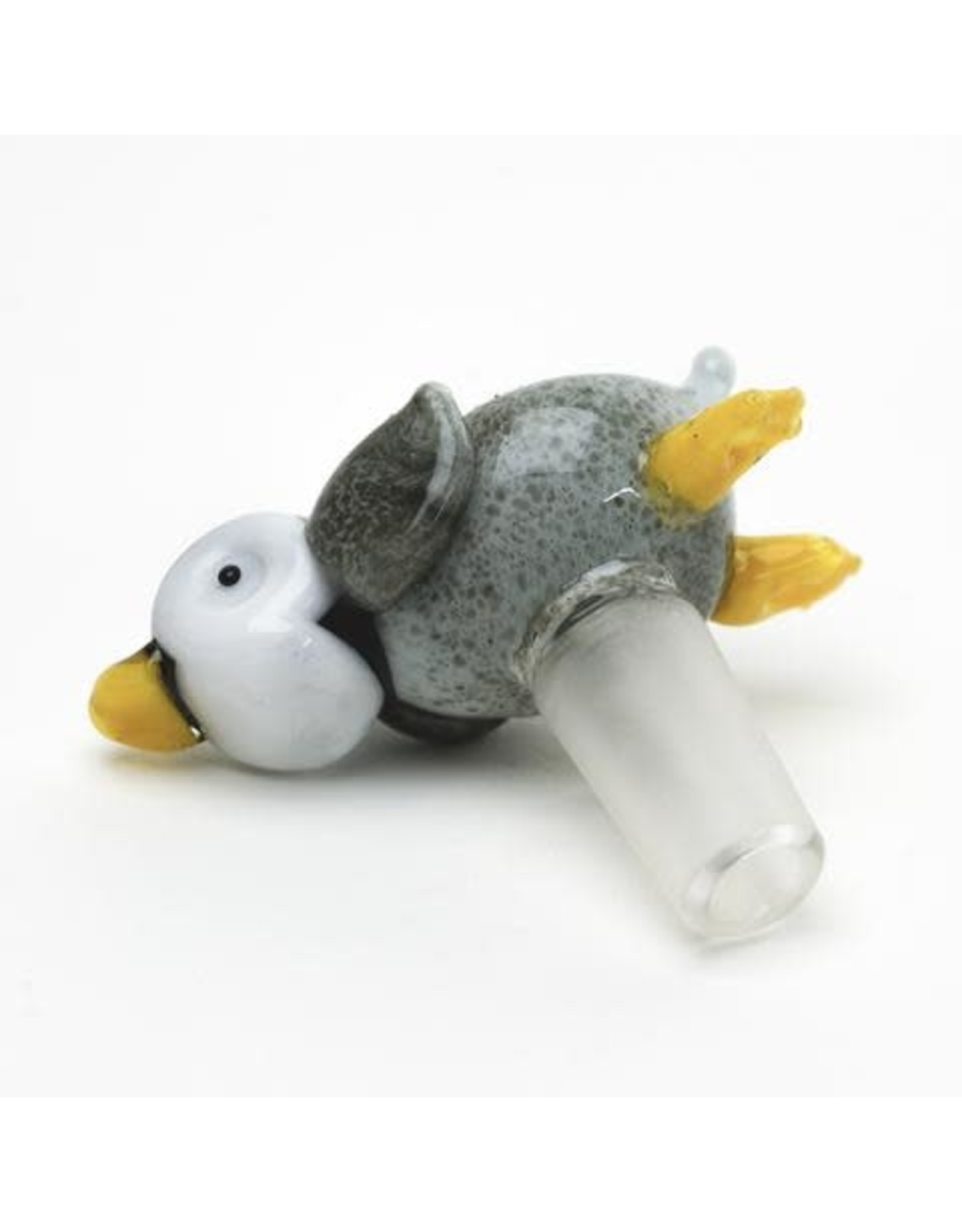 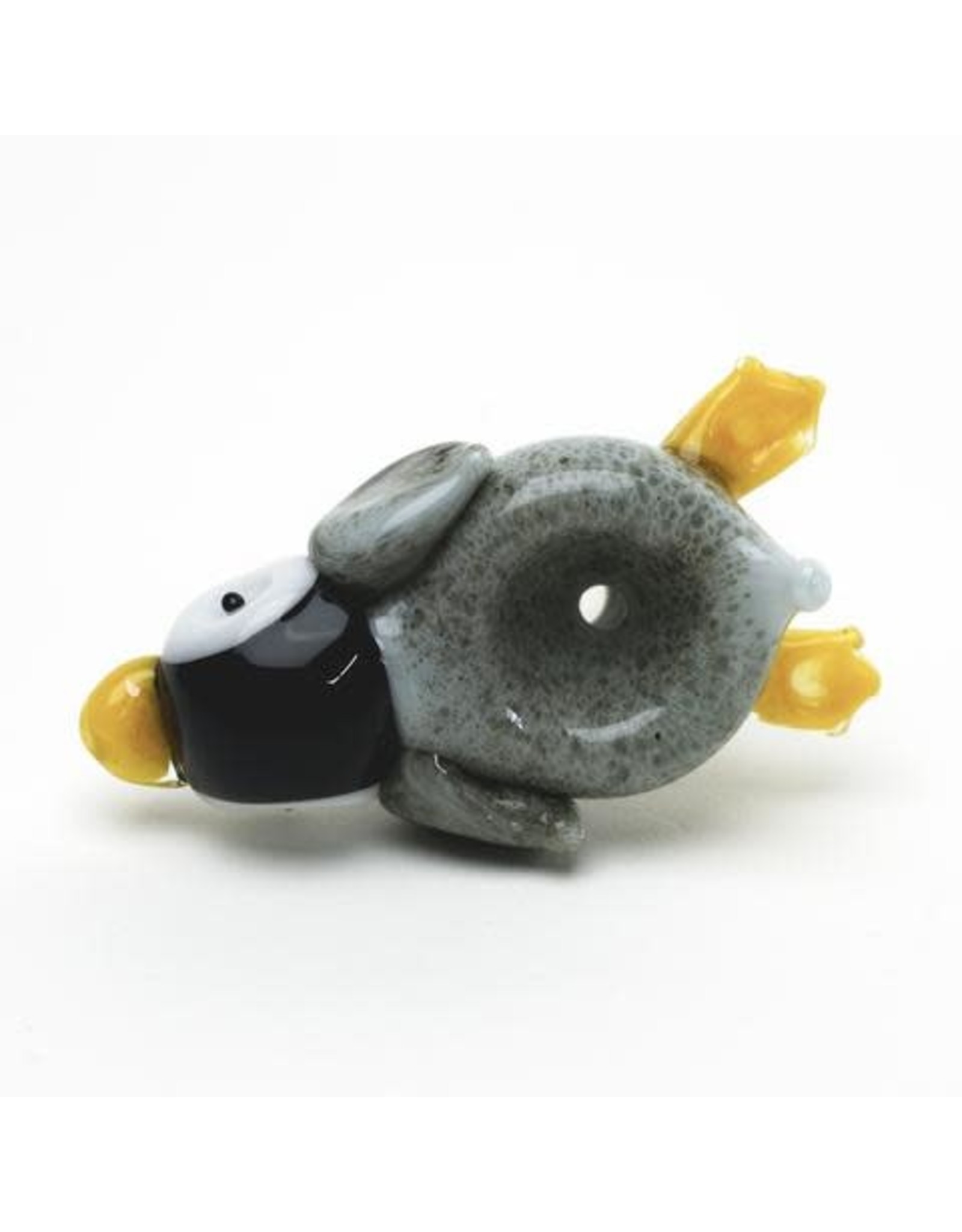 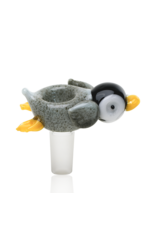 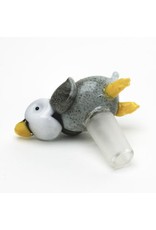 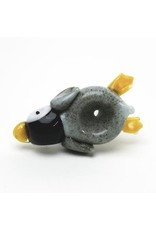 The Penguin Paulie Bowl Piece from Empire Glassworks will keep you cool year-round! Fully worked and colored to mimic Mumble from the movie 'Happy Feet,' this replacement water pipe bowl is beautifully sculpted with realistic details and textures that look exactly like a penguin sliding down some ice. Function is up to par with aesthetics and the 14mm male joint will fit any standard 14mm female joint water pipe. An excellent choice for fans of the film or anyone who just loves penguins, grab an Empire Glassworks Penguin Paulie Bowl Piece today before they all slide away! Made In California.