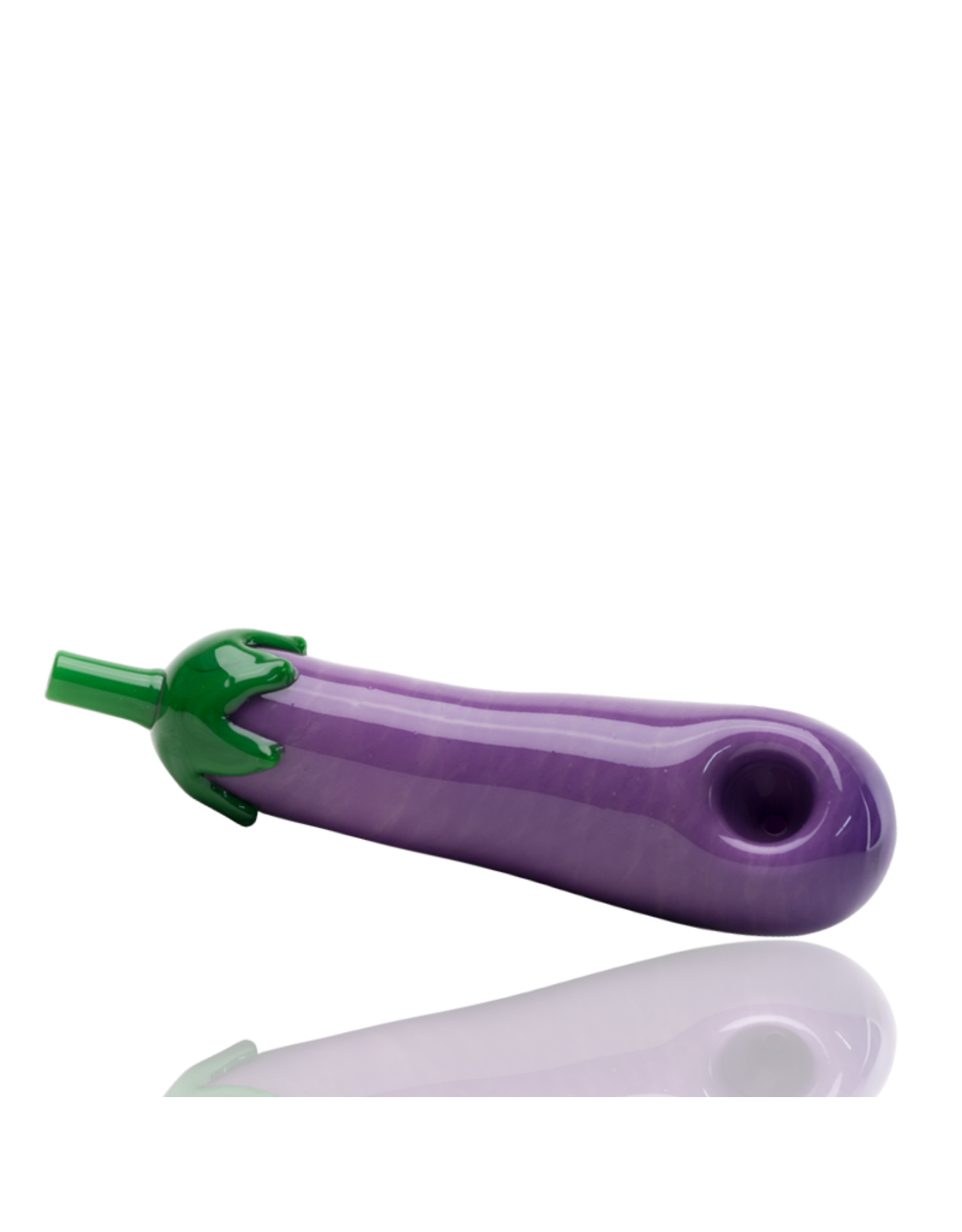 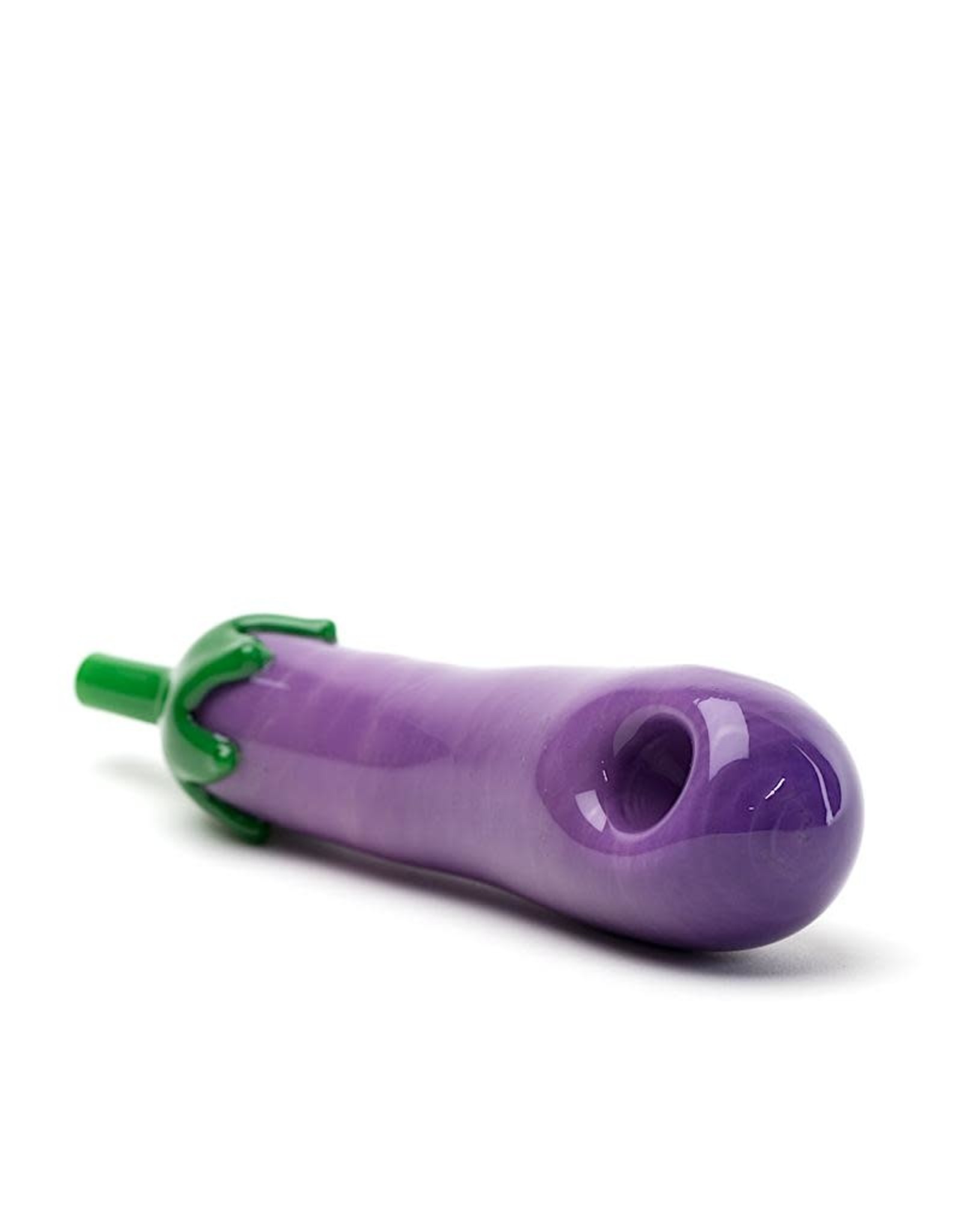 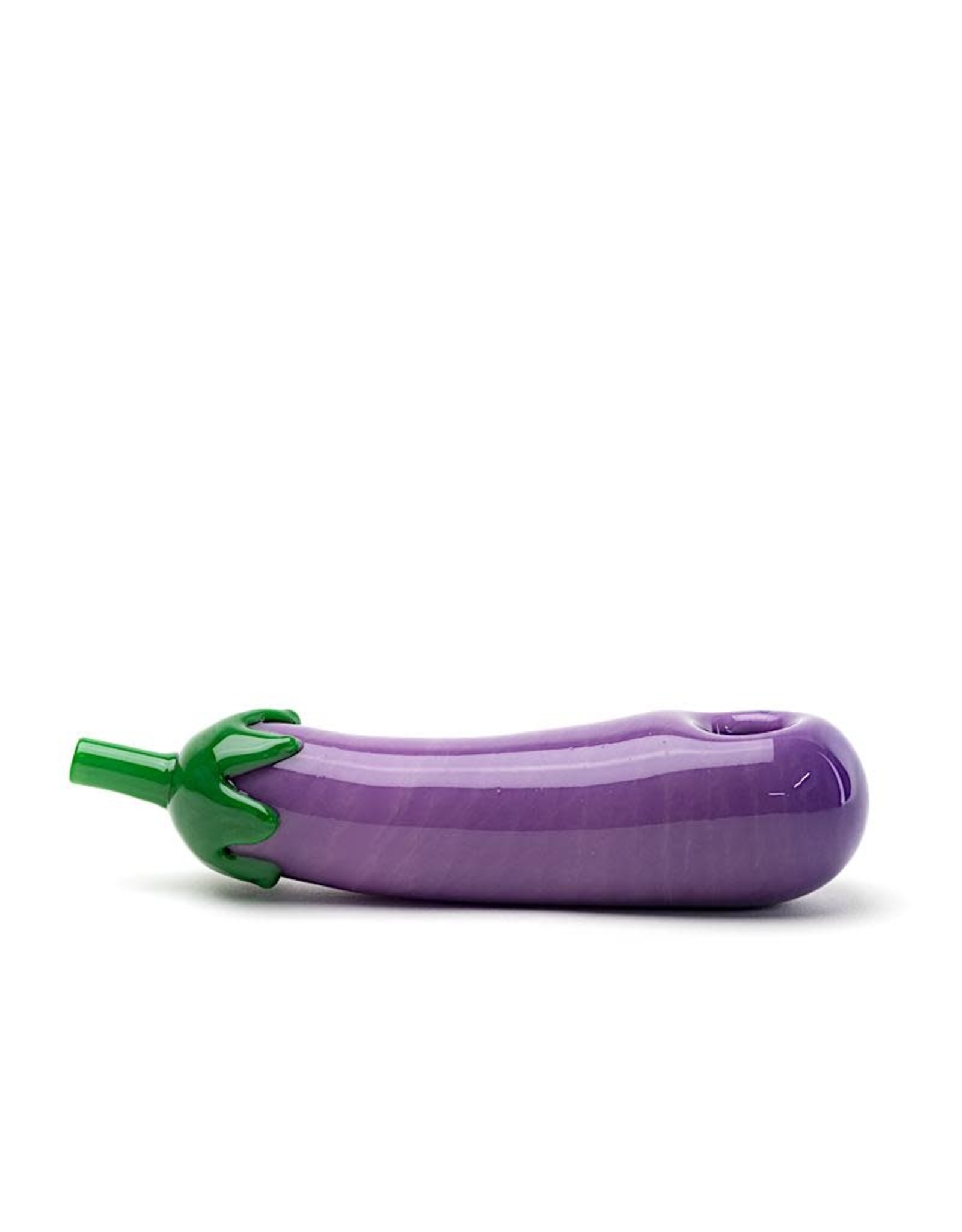 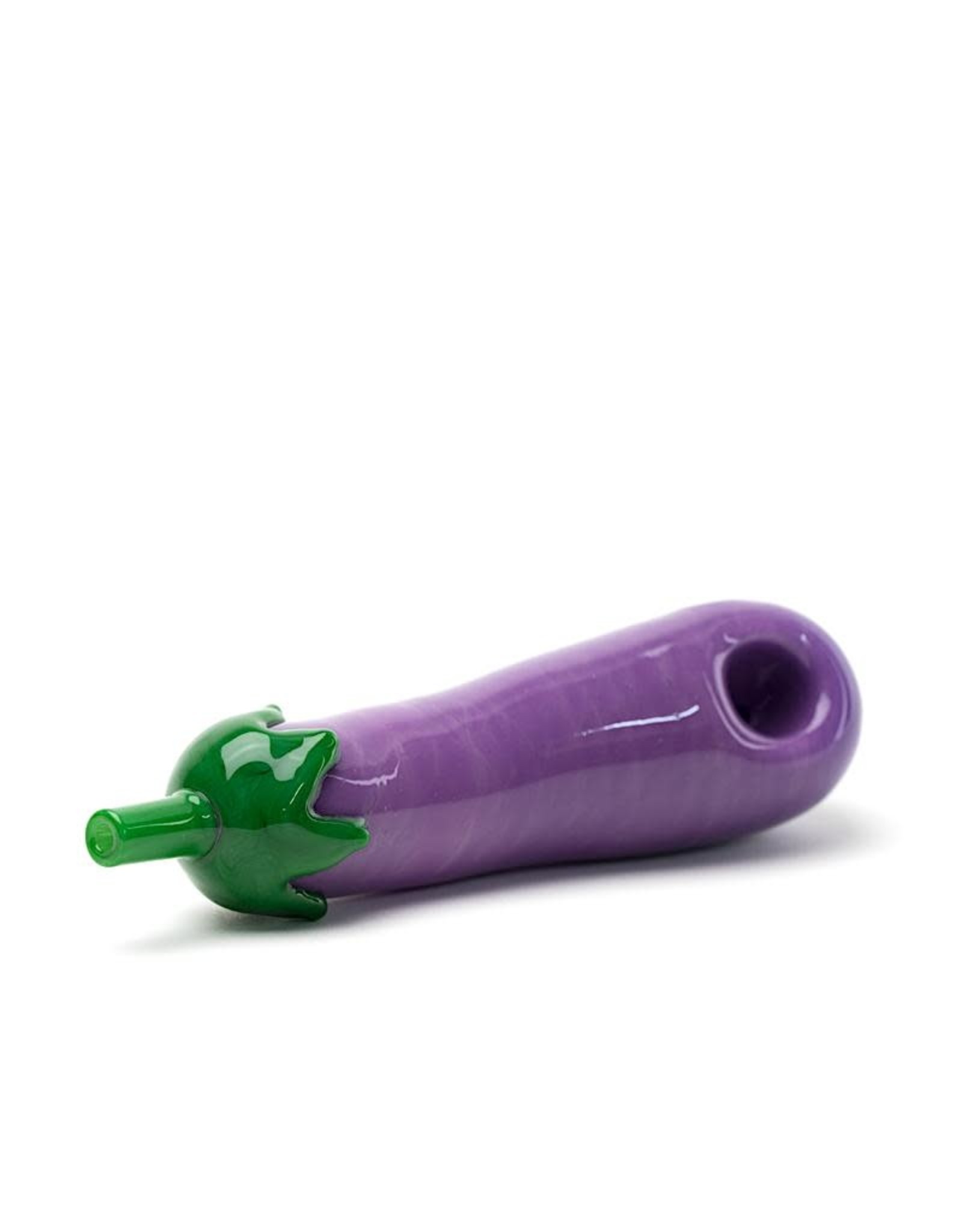 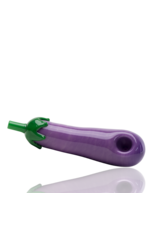 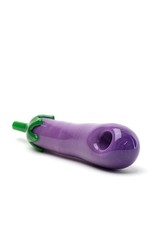 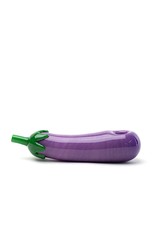 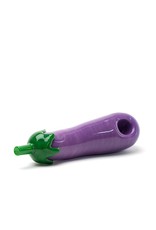 Don't just text the eggplant emoji when you can send bae the real deal with this tantalizing glass pipe from Empire Glassworks! The Eggplant Hand Pipe features custom mixed borosilicate glass colors closely resembling the popular eggplant emoji that has been inappropriately labeled with a dirty double-meaning. Ironically enough, this glass pipe was blown with a 5” inch long purple shaft that fits comfortably in one hand…

All jokes aside, the lengthy airpath on the Eggplant Hand Pipe gives your smoke ample time to cool within the borosilicate glass chamber before reaching the mouthpiece. The Empire Glassworks Eggplant is complete with a green worked glass overlay that serves as the mouthpiece, a left-side air carb, and a sizeable spoon-style bowl. A highly functional glass pipe shaped in representation of a widespread naughty emoji, stimulate your senses today with your very own Empire Glassworks Eggplant Hand Pipe!