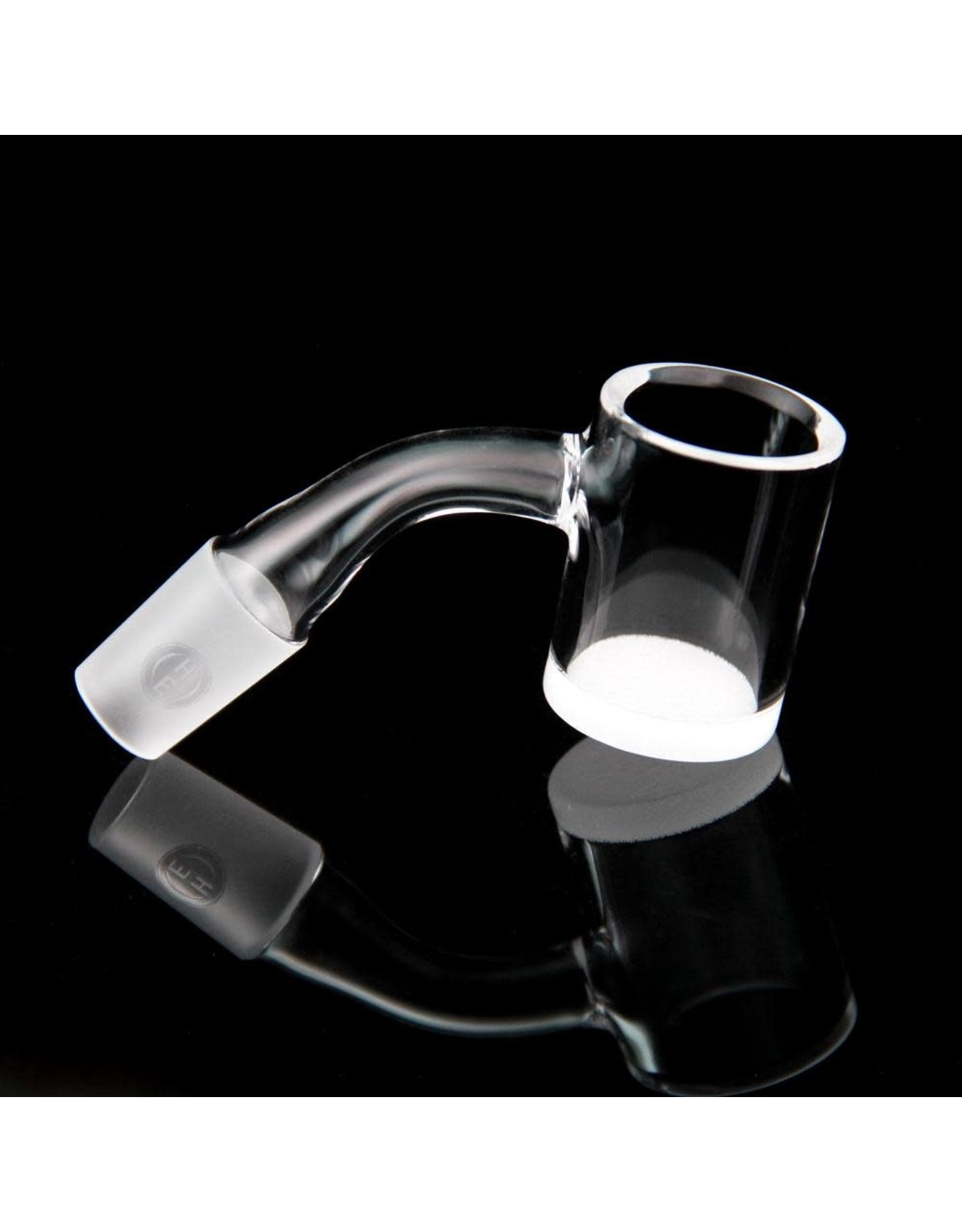 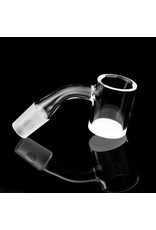 Why 55 degree? The 55° Gavel is a response to a cross-brand issue that arises from true 45° nails. By adding an additional 10° to the angle, we change the direction of the angular force being applied on the outside wall of the bucket by dabbers and cotton swabs, making it much less likely to slip out during operation and cleaning. Previously the only benefit in having a true 45° was if the joint you are going to be matching with is also a true 45°, resulting in a flat level bucket. It has been our experience that the majority of joints we are connecting to are not true 45° angles, so we see the additional 10° being added as non problematic in that regard.

Introducing the Gavel, an opaque bottom quartz banger style nail from Highly Educated. For fans of both the banger style and the flavor that our opaque material offers. This nail features a 4mm thick layer of our 99.99% pure SiO2 opaque quartz on bottom with 2.5mm thick clear fused quartz walls and a 25mm diameter bucket. The opaque floor heats up much faster than traditional clear fused quartz, but can still hold heat well exhibiting wait times in excess of 80 seconds. The logo has been laser engraved into the joint keeping the branding subtle, but permanent. The chamfered edges on the top are made to accommodate a better fit for most bubble caps. The opaque surface is slightly textured which assists in the formation of nucleation sites at exceeding lower temperatures. The material science, and surface science behind the Gavel are quickly making it an industry favorite.