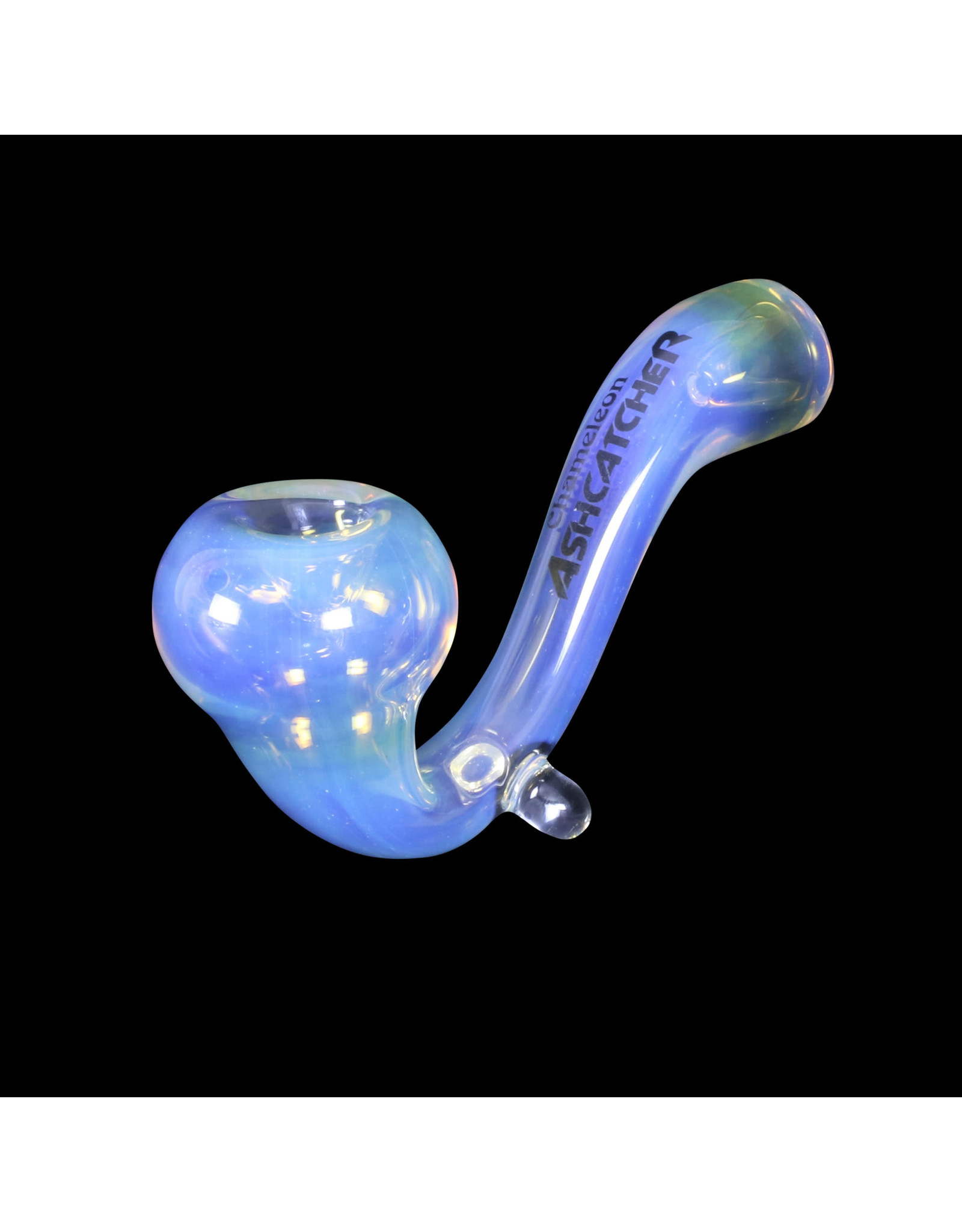 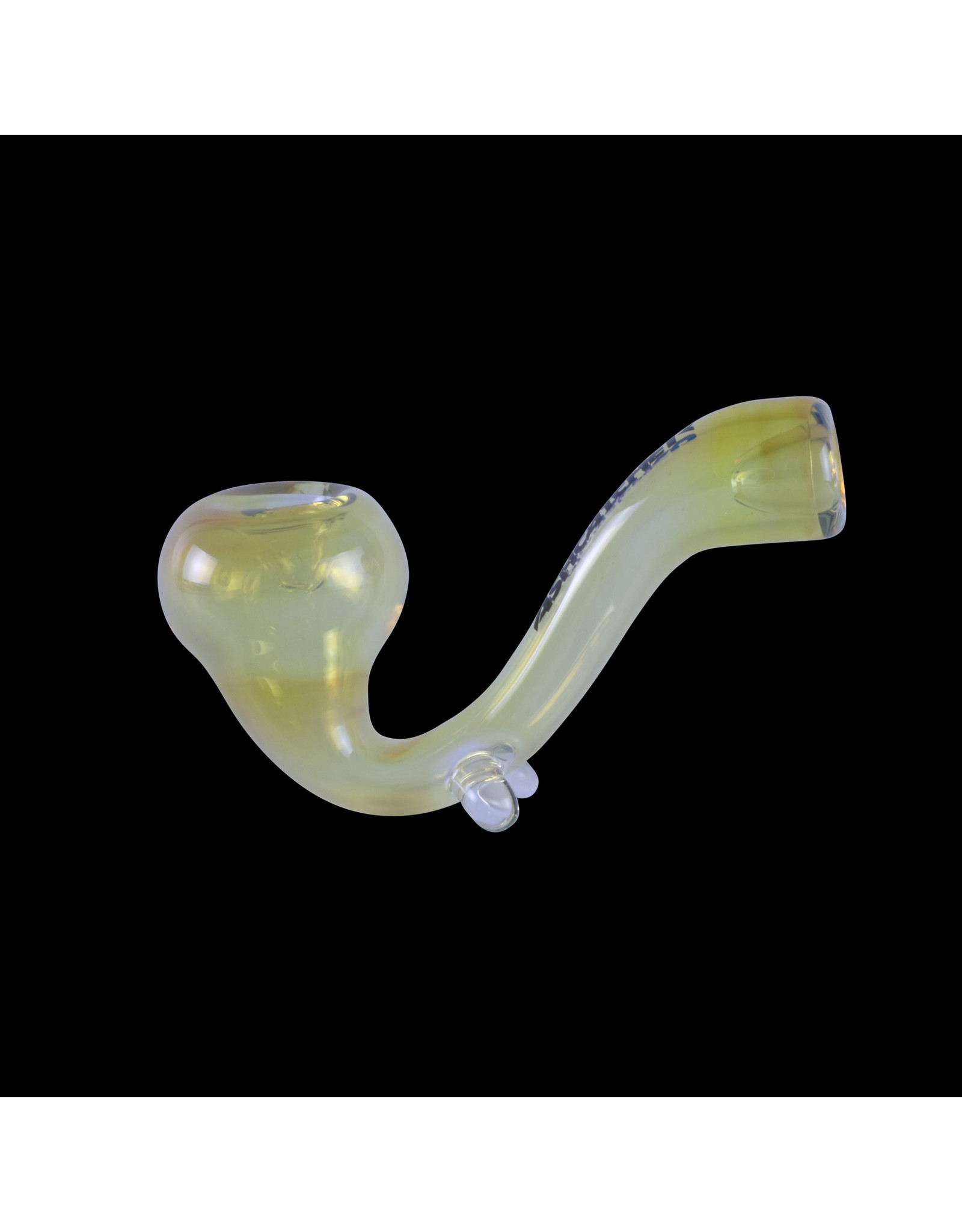 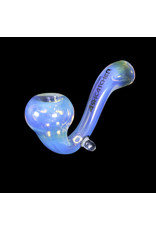 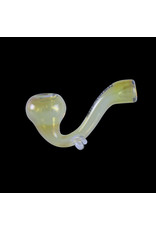 The Ash Catcher Lawnchair Sherlock Glass Pipe is our shape rendition of a Chameleon Glass classic innovation created in 2002. It is so named because of the indented mouthpiece that serves as the dry filter ash catcher and the lawnchair style sherlock shape.

One of many Chameleon Glass innovations, first available in early 2002, the Ash Catcher was one of the first! By indenting the mouthpiece, anything heavier than air (ash, particulate or any solids) is pulled down by the natural effect of gravity, misses the mouthpiece hole and is deflected further downward to collect at the base of the indent, instead of being pulled into your mouth.

Ever done archery? Imagine a bow in your hand and an arrow ready to shoot. You have two targets. One is a funnel with the hole pointing away from you, the other has a funnel pointing at you. If you shoot at the target pointing away from you, your arrow will always be a bullseye as the arrow is deflected from the sides of the funnel and into the hole. If you shoot at the funnel pointed towards you, you’d better be pretty good, because unless your arrow is aimed at and goes directly through the whole, your arrow will hit the side of the funnel and be deflected AWAY.

The Ash Catcher Glass Pipe operates in the same way, deflecting the ash AWAY from the hole.

It’s silver fuming will change to colors of blues, greens and purples while the pattern will remain the color that you chose.

Simple? Yes. And some of the best new innovations are just that, simple, and yet they make a world of difference.