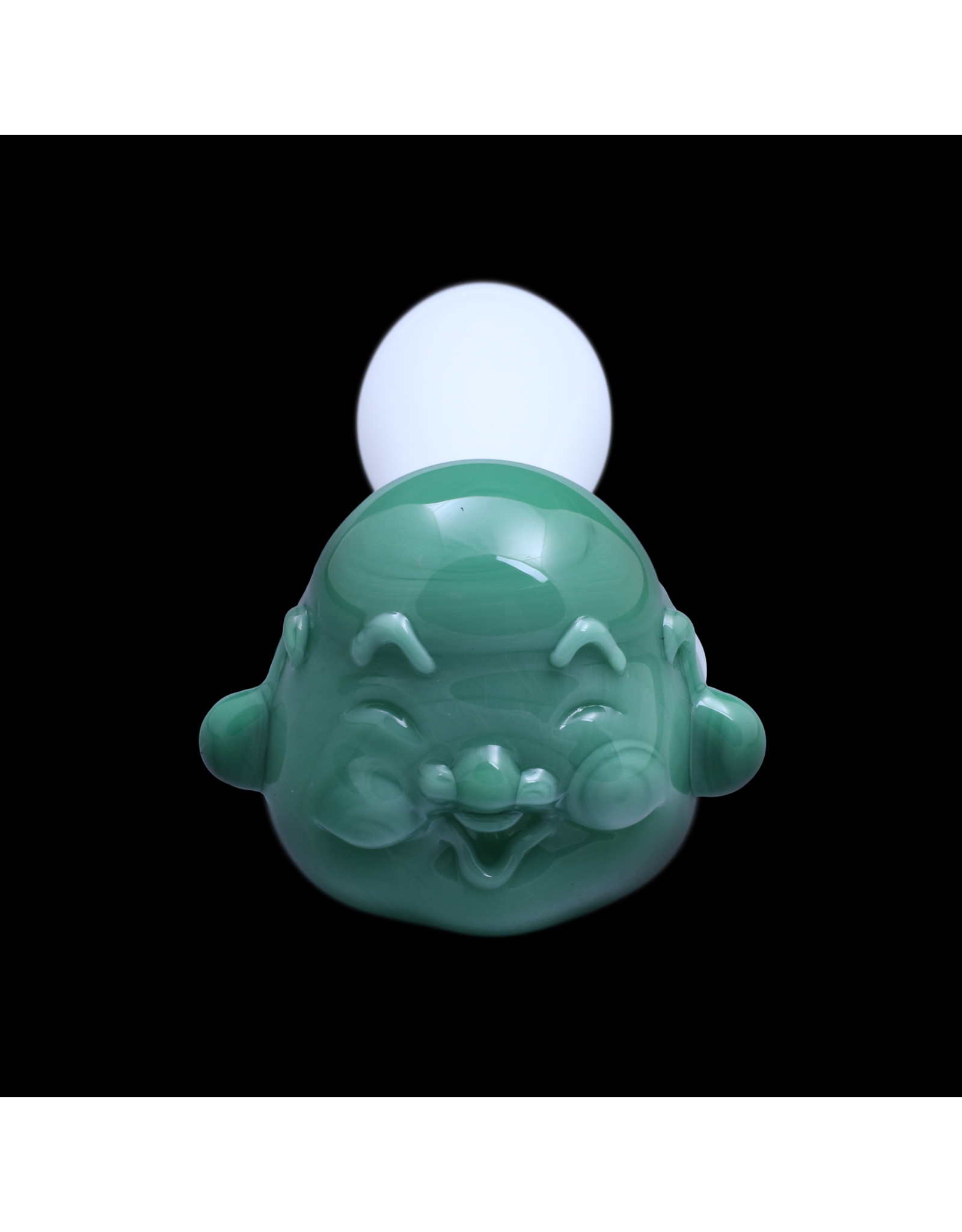 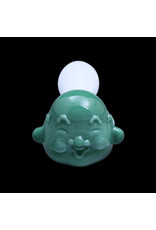 The Happy Buddha Glass Pipe is named Happy Buddha and numbered as model 108 because of his travels with the Auspicious 8. Buddha is traditionally depicted as a fat, bald man wearing a robe and wearing or otherwise carrying prayer beads. He carries his few possessions in a cloth sack, being poor but content. He is often depicted entertaining or being followed by adoring children.

His figure appears throughout culture as a representation of both contentment and abundance. A belief popular in folklore maintains that rubbing his belly brings wealth, good luck, and prosperity.

Another common belief is that smoking herbal medicine with Buddha will also bring contentment and inner peace to help us maintain virtuous ideals in our lives. Pass that Buddha over here!

Hand Made in the USA